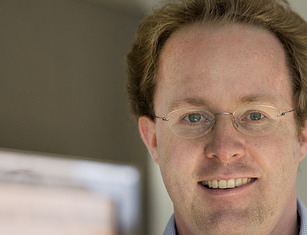 HOOMD-blue the first decade
On the Cover of Nature Chemistry

We have shown, using experiments and computer simulations, that colloidal discoids exhibit an order-disorder transition. When the attraction strength between the colloids is moderate, they undergo ordering into isotropic clusters. With strong attractions, the clusters become orientationally ordered.

The interplay between phase separation and kinetic arrest is important in supramolecular self-assembly, but their effects on emergent orientational order are not well understood when anisotropic building blocks are used. Contrary to the typical progression from disorder to order in isotropic systems, here we report that colloidal oblate discoids initially self-assemble into short, metastable strands with orientational order—regardless of the final structure. The model discoids are suspended in a refractive index and density-matched solvent. Then, we use confocal microscopy experiments and Monte Carlo simulations spanning a broad range of volume fractions and attraction strengths to show that disordered clusters form near coexistence boundaries, whereas oriented strands persist with strong attractions. We rationalize this unusual observation in light of the interaction anisotropy imparted by the discoids. These findings may guide self-assembly for anisotropic systems in which orientational order is desired, such as when tailored mechanical properties are sought.

HOOMD-blue the first decade
On the Cover of Nature Chemistry